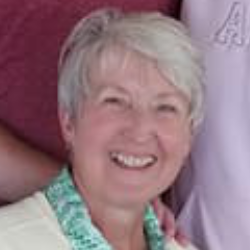 Lavelle was born in Texas and lived in England and Norway for ten years. Following her return from overseas she received her Masters in the field of speech/language pathology. During her career she worked with a variety of special children. These children as well as her grandchildren have been her inspiration for writing books. Her storybooks are written to entertain and teach early reading concepts.

Learn more about Speech Language Pathology at Lavelle’s dedicated website where specialist book by many authors can also be found:
slpstorytellers.com 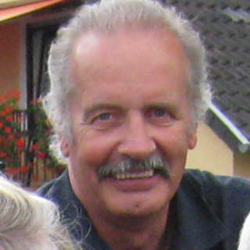 John was born in Manchester, England. Though always creative, his passion for art and writing was never truly exercised until his retirement in 2006. It was then he began to hone his skills in portraiture, with colour pencils, water colours and oils. But it wasn’t until he was approached by author, Lavelle Carlson, to create the illustrations for her latest children’s book, ‘Bee, Honey Bunny and Me’,  that John considered a move in this direction and took on the task, keen to humbly followed in the footsteps of his beloved Beatrix Potter. We believe the results speak for themselves.

NOTE: For more info on this new, creative team – watch this space!

Website designed and built by John D Moulton with Themify